The Site is located in the Lehigh Valley, which consists of the Allentown-Bethlehem-Easton metropolitan area including Northampton and Lehigh Counties. The Lehigh Valley is the fastest growing, and third most populous region in Pennsylvania.  It is within a one-day drive of more than one-third of the United States’ population, and more than one-half of the population of Canada. With Interstates 78 and 476 bisecting the Lehigh Valley, it has become one of the largest areas on the East Coast for warehousing and distribution centers.

The Nazareth I Quarry produced limestone for the Nazareth cement plant, with company history dating back over 150 years in the local area.  The quarry stopped operating in the 1990s and reclamation of the Quarry is almost completed as today.  There are 259.7 acres (78 hectares) within the surface mine permit. The property is reclaimed as a water impoundment surrounded by unmanaged wildlife habitat.  Highwalls have been reclaimed to a maximum 35° slope extending 50 feet (15 meters) below the projected post-reclamation water table or to an elevation of 300 feet (91 meters) MSL. Sloped highwalls have been covered with soil and stabilized with seed mixture

The existing water impoundment has become a stopping point for migratory water fowl, such as Snow Geese, Canadian Geese, and Tundra Swans. The Site is along the migration path from the water fowl’s wintering areas, located to the south of Pennsylvania, to their breeding habitats in Canada and Alaska. During their migration north, the water fowl frequently stop in open areas such as lakes and farm fields.  The white Snow Geese are a unique sight, as they commonly travel in flocks of 5,000-10,000 or more at a time, and are rarely seen further south than the Lehigh Valley.

Lehigh Hanson is planning to create an unmanaged natural habitat in sloped areas above the water impoundment and the remainder of the property surrounding the water impoundment. The areas will be planted with seed mixtures, which are a combination of grasses, trees, and shrubs. The areas will not be actively managed, so they will be allowed to return to their natural state. The areas will provide habitat to native wildlife species, while preserving an aspect of the cement producing heritage of the Lehigh Valley.

Starting in 2015, Lehigh Hanson, with the support of the West Virginia University, began executing a multiannual biodiversity monitoring program. The program is carried out with biannual surveys and it is focused on monitoring the biodiversity evolution of the reclaimed areas in comparison with existing natural areas. 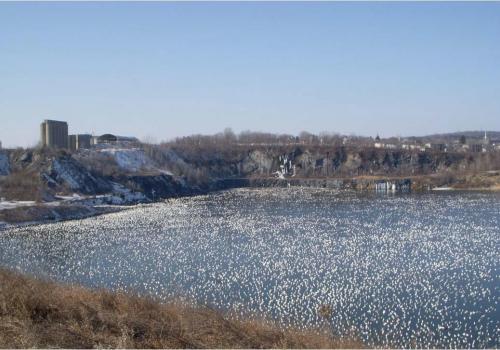 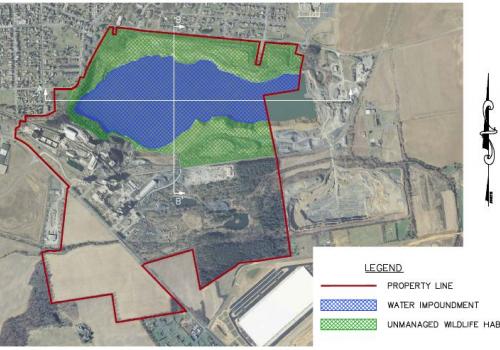 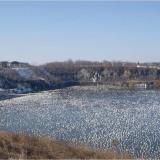 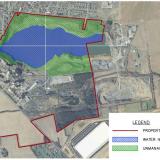